The desire to reduce litter and increase recycling might lead to a reduced use of renewable material.

Hello Karin Tormalm, you are working intensively with the EU's new directive for single-use plastics. How will it affect the forest industry?

"Our member companies manufacture, among other things, materials for disposable cups and liquids cartons that have a thin liquid-barrier made of plastic. Initially, this directive addressed the problem of plastics in the oceans and focused on the top 10 plastic products most commonly found on beaches. Recently the directive has been expanded to deal with littering in general, waste management, an increased collection and recycling of single-use materials, both plastic and paper".

What do you think is good with the proposal?

"The basic principle of the Commission's proposal is good! We should have a high level of collection and recycling of all materials in Europe, just as we already have, not least in Sweden".

What is your criticism of the proposal?

"The proposal benefits packaging made of a single material, as these are easier to recycle. This could lead to the use of more beverage containers made of plastic, rather than from materials that are mainly made from renewable raw materials.

Circularity is high up on the agendas of our politicians. We support this and are positive towards initiatives that increase material recycling. However, there seems to be limited understanding among the politicians in the Commission of the need for new materials as well, to make sure circularity really does work. Paper and cardboard can, for example, be recycled into new materials up to 25 times, before the fibres wear-out". The same goes for plastic: An inflow of raw material is needed, and when it comes to plastic, that raw material is usually oil.

What would you like to see altered in the final version?

"We would like to see a clearer connection to existing legislation on recycling and waste, especially regarding definitions of what constitutes a plastic product. The proposal overlaps with other legislation, such as the Packaging and Waste Directive, and that could lead to ambiguities when the legislation is implemented. The various materials currently covered by the directive need to be defined. It should be noted that some single-use materials are made only of plastic and that some contain only a small percentage of plastic. This would be more consistent with other legislation that defines products based on the main material used in them".

What do you think the directive will mean in concrete terms for the forest industry?

"Naturally we see great potential in having paper replace plastic in a variety of products and packaging should single-use plastics become outlawed or phased out. We have access to a renewable and recyclable material that could even contribute to making us fossil free. All it takes is for this proposal to end up in the right hands."

"This is not the final format of the directive, but the proposal suggests that single-use products such as paper cups should be covered by a national goal to reduce consumption and to place new demands for collection on beverage containers. But it will probably be up to each individual member state to decide on the details of how the rules in the directive are to be implemented".

But isn't the forest industry working on barrier materials made of cellulose?

"Yes, research has come a long way with barriers based on cellulose instead of plastic. But as long as the new cellulose-based barriers have the same chemical structure as today's plastics, this directive will make no difference to the products, it's only addressing the issue of littering.

If, on the other hand, you can produce a liquid barrier that is easily biodegradable, or consists of something other than plastic, then that might be one solution".

Who is dealing with the matter right now?

"The dossier is now simultaneously handled by the EU Council and the European Parliament. In the EU Council, the Austrian Presidency is drawing up compromise proposals to accommodate the different member states and I know that Sweden has an active role in this context. The EU Council is expected to be ready by the end of October. The Committee on the Environment in the European Parliament has already voted on this matter and the EU Parliament will vote on the 22nd of October. Then negotiations will take place between the Council, the Commission and the Parliament. The goal is to finalize the negotiations and have the directive in place in December".

Is this directive linked with the plastics strategy decided on earlier this year?

"Yes, the plastics strategy is an overall strategy for how the EU wants to work so that we can solve the problems that plastics cause when they end up in the wrong places. The single-use plastics Directive is part of that strategy, i.e. a sharper legislative proposal for single-use plastic products". 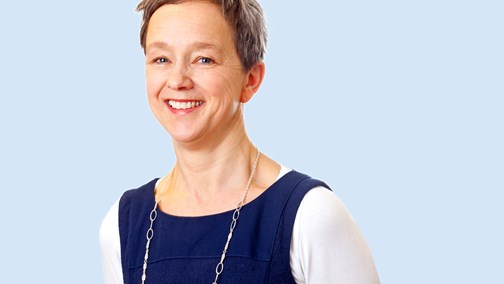