The role of packaging in reduced food wastage

One third of all food that is produced every year globally goes to waste or is thrown away. This is according to a study by the UN’s Food and Agriculture Organization. Helén Williams, professor in Environmental and Energy Systems at Karlstad University, carries out research into the role that packaging may have in reducing food wastage. 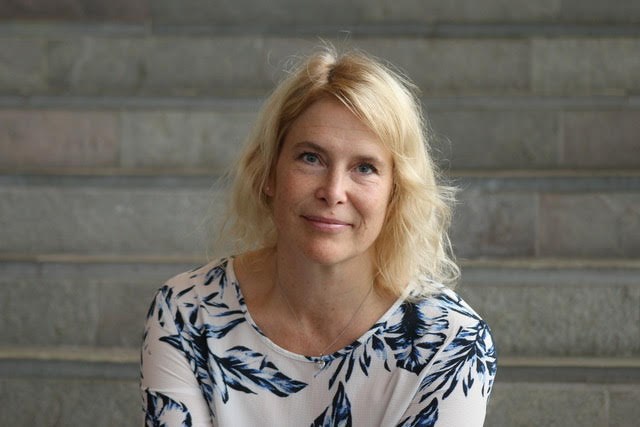 Professor in Environmental and Energy Systems at Karlstad University

Helen, how big of a problem is food wastage for the climate?

– A study released by the UN in 2013 shows what an enormous impact food wastage has on the climate. The study lists the countries that have the greatest impact on the climate and compares food wastage with a country. China takes the first place as the biggest climate rogue, closely followed by USA and in third place comes food wastage.

– We tend to under-estimate how many resources are needed in our food production. Everything from fertiliser, incredible amounts of water, transport and packaging on so on. Briefly put, you can say that food production is very resource-intensive and has a large impact on the environment. One important factor is of course that everybody needs to eat every day and that means great quantities of food.

How can we reduce waste?

– Waste is different in different parts of the world. In poorer countries, much more food is thrown away in the production, distribution and storage phases, for example due to insufficient cooling possibilities and lack of packaging. In richer countries, however, food is thrown away by the consumer or from restaurants. In other words, there is really a lot of scope for improvement and packaging can play a big role here.

Isn't all the packaging bad for the climate?

– The big climate baddie is all the food that we throw away and not the actual packaging. We have carried out a number of research studies in which we have calculated the climate impact of packaging versus that of food. At a rough estimate, packaging accounts for around five per cent of the climate impact, while food accounts for 95 per cent. It is important that packaging is recycled though to achieve a lower impact on the climate.

OK, but how can packaging make a difference?

– Above all, packaging is meant to protect the content and then offer other functions to reduce food wastage, such as resealability which helps the food stay fresher for longer. Other aspects may include creating packaging that makes it easy to measure out the right portions, and easy to empty fully, so that we can get all the yoghurt or cream out of every carton, for example.

But the food gets old even in a good package, right?

– Food packaging sizes is something we really need to take another look at. If you look in food shops today, there are a lot of kilo or half kilo packages - but how much does a family with young children or a single household really need? If we review how much food is actually right for the needs of the consumer we can probably reduce wastage. Manufacturers should explain the date marking on the package better so that less food is thrown away simply because the best-before date has passed.

Which material do you advocate?

– To move towards a more sustainable society, and sustainable development, we need to use more renewable material. We must also work effectively to get material into a circular system as the environmental impact is reduced when we use the material several times.
Are there any solutions you really like?
– Several manufacturers that previously used metal cans for beans and chickpeas have now switched to Tetrapak's fluid cartons with an aluminium layer. Other interesting packaging solutions include plastic made of renewable raw materials and BillerudKorsnäs fibre bottles. Being able to use renewable fibre to contain liquids, that's really great!

Which has the largest climate impact?

– If all the cheese gets eaten then the large piece is naturally the best, but we know that this is often not the case. Little bit left at the end, dries up and gets thrown away, and then it's not as obvious any more. Cheese has a relatively high climate impact and all it takes is for us to throw away just four grammes, half a slice of cheese, for the smaller pack of cheese to be better for the climate, as long as we recycle the plastic and eat up all the cheese slices.

Bread has a lower climate impact than cheese, but we throw away more bread than cheese. A normal size for bread is 700 grammes and 8 grammes of plastic is used for the packaging. If we instead make loaves of half the size to suit small households, then 50 per cent more plastic is used per kilo of bread.

Which has the largest climate impact, the small or the large pack of bread?

– In our studies we calculate that 30 per cent of bread gets thrown away. If a tenth of one slice from the large pack is thrown away, this is equivalent to the same climate impact as the 50 per cent more plastic used for the half-sized loaf of bread, provided that the plastic packaging is recycled. In other words, if we throw away a tenth of a slice of bread from the large pack then it is better to buy a small pack, eat all the bread and recycle the material.

Which is best, tray or tube?

– A little of the minced meat remains in the package when the tube is emptied, some five grammes. The remaining minced meat has a larger environmental impact than the extra material used for making the tray.

In a collaborative project financed by Vinnova aimed at reducing food waste, we have worked together to develop new packaging solutions for salsa, rice pudding and lettuce. For a normal bag of lettuce that contains 65 grammes of lettuce, 5.5 grammes of plastic is used. One new solution is a duo-pack consisting of two times 25 grammes of lettuce. That uses 30 per cent more plastic.

Which is the preferred solution?

– Many of the consumers we interviewed threw away large amounts of lettuce, so we have also calculated 30 per cent of waste here. All it takes is for the consumer to throw away 3 grammes less of lettuce for the new duo idea to be better from a climate point of view. 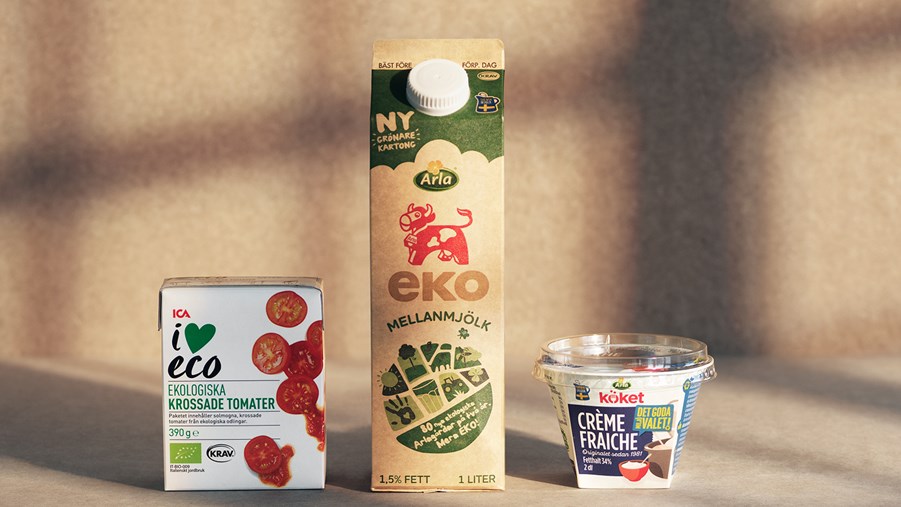 Self impact with a conscience - today

Three climate-friendly food containers that can be found in Swedish supermarkets.