'A strategy for growth and transition for Europe' was how Ursula von der Leyen presented the European Commission's European Green Deal. If that is the intention behind the strategy, the Swedish Forest Industries Federation is of the opinion that the Commission needs to see the bigger picture when it comes to the vital contribution that the forest and forest products make.

The programme declaration for the European Green Deal does not have a broad enough approach to how we need to transform society. In addition to energy use, a shift from fossil to renewable products is also needed, according to Anna Holmberg, Head of Swedish Forest Industries' Brussels office: "It's frustrating to see that material substitution has no place in the programme declaration, even though we all know that Europe needs to transform its use of materials, and not just energy. When the Commission highlights the need for increased construction and renovation for climate reasons, it should also emphasise the need for increased use of wood as a material. Otherwise there's an obvious risk of increasing emissions from the construction sector."

With its European Green Deal, the European Commission is taking an aggressive, ambitious stance on the climate issue.

"It's clear that climate issues will dominate work in Brussels over the next five years. The focus will be on a climate law to ensure Europe achieves zero net emissions by 2050. The energy targets for 2030 are also very likely to be raised. Europe wants to take a leading position with high ambitions as regards biodiversity and a renewed action plan for making the economy even more circular. A new industrial strategy should ensure that we have an industry in Europe that contributes to the transition and can stand up in global competition," says Holmberg.

The Commission highlights the need for reforestation in Europe, for carbon capture, biodiversity, and a growing circular bioeconomy.
"Forty-two per cent of the EU's area is currently covered by forest. It's good that the Commission wants to see higher investment in forest growth, because forest is something we can't have too much of in a future fossil free society," says Mårten Larsson, Deputy Director General at Swedish Forest Industries.
For a transition from fossil to renewable, it is important that EU policy does not have too one-sided a focus on nature conservation, and that we still have national influence over forest policy, according to Larsson:

"We will need to use renewable natural resources to reduce our dependency on oil and coal. This means continued active, sustainable forest management, with balanced, sustainable harvesting and production of timber, paper and energy."

The programme declaration also indicates that the European Commission is considering imposing a requirement on a mandatory percentage of recycled material in products. It is important here to remember that not all materials have come as far in their circularity. The forest industry already has a high degree of recycling. A universal solution is therefore not appropriate, according to Kai-Yee Thim, Director of Products at Swedish Forest Industries:

"The helicopter perspective is important, which means following the geographical journey of the materials and products. When it comes to forest-based products, the Nordics are behind the fresh wood fibre that's exported, Europe being its biggest market. And that's where the recycling takes place. If Sweden is going to have a requirement on recycled material, that could mean we need to re-import products into Sweden," she says.

As one of the world's largest exporters of pulp, paper and sawn wood products, the Swedish forest industry relies on a smoothly functioning trade system. The European Commission is apparently considering introducing an import tax on goods manufactured in other parts of the world, if the countries in question have lower climate ambitions and thereby allow higher emissions from production than in Europe.

"Although this may look like a sound policy on the surface, we at Swedish Forest Industries are dubious, since we can't see how this could be done without contravening WTO rules. Instead we see a high risk of it leading to retaliatory measures from other countries, and that risks having an adverse impact on global trade," says Kerstin Hallsten, Chief Economist at Swedish Forest Industries. 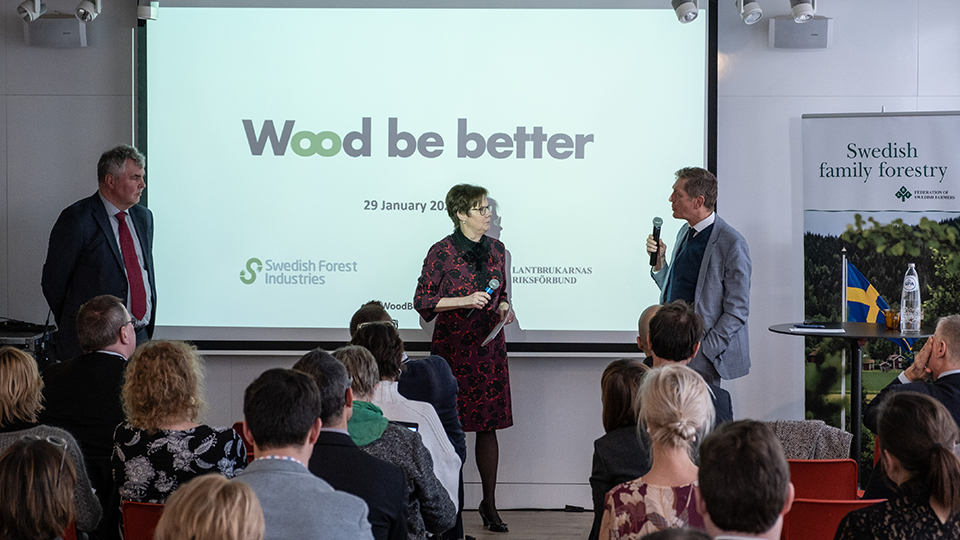 Wood Be Better network: Forests are much more than just a carbon sink

At its first meeting on 29 January the focus was on the role of forestry and forest products in the transition to a climate neutral economy. 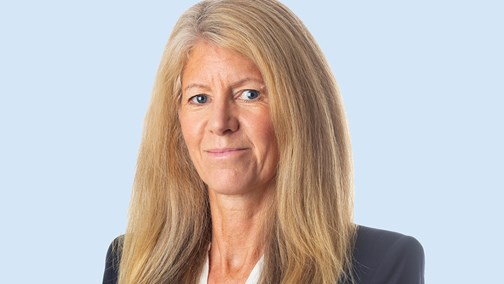