Comment on the campaign by Greenpeace and Protect the Forest

against the Swedish forest-based sector

In mid-January, the organisations Greenpeace Nordic and Protect the Forest (Sweden) launched a joint campaign which represents a frontal attack against the Swedish forest-based sector.

The messages are strongly linked to research that is claimed to be independent and unanimous, and politicians are urged to base decisions about forestry, biodiversity and forest-based products on these messages. Not unexpectedly, the Swedish forest-based sector has perceptions, perspectives and scientific data that are diametrically opposed to these messages.

According to the campaign, there is broad consensus and support behind the highlighted research. The Swedish Forest Industries Federation (SFIF) opposes these claims and highlights that substantial other research, conducted within relevant disciplines, is neglected. It seems as if the campaign casts suspicion on research that does not tally with its own position, claiming that certain research is governed by businesses and industry and is therefore not reliable. According to SFIF, science should be broad, resilient, and accumulative. In a free and vibrant democracy, there is a legitimate debate between parties with differing perspectives. Much of the research focusing on environmental, climate and forest-related matters takes place within this sphere.

One particularly obvious problem with the campaign’s messages is that they consistently look at forest management from a limited, local perspective. They focus on a single forest stand or harvested area, and on how biodiversity or carbon sequestration and storage develops in that precise area. Instead, a landscape perspective must be applied considering the overall effect in the landscape as a whole. When doing so, there are many reasons why the vast majority of Swedish forest owners choose retention forestry as their preferred management option.

Another aspect completely missing from the campaign is how the goals linked to the European Green Deal and the transition to a fossil free welfare society should be achieved without active forest management and forest products. Should we interpret that the organisations behind the campaign advocate that buildings, furniture, packaging and energy should continue to be made mainly from fossil and finite resources? Or should EU citizens quite simply do without these products? The Swedish forest industry is part of a long, ingenious value chain in which every part of a tree is utilized to create value. Storing carbon in wooden buildings, furniture, packaging, clothes and so on, using by-products to substitute coal and oil and ultimately taking advantage of waste energy to heat entire towns and cities are resource-efficient, climate-smart ways of allowing the forest to contribute to a green, inclusive and resilient society. Because there is, after all, a huge difference between green and black carbon: the green carbon cycle is eternal and keeps fossils where they belong – in the ground.

The campaign refers to statements by the IPCC but chooses to only mention arguments that support its own agenda. It ignores the fact that already in 2007, in its 4th Assessment Report, the IPCC stated: “in the long term, a sustainable forest management strategy aimed at maintaining or increasing forest carbon stocks, while producing an annual sustained yield of timber, fibre and energy from the forest, will generate the largest sustained mitigation benefit”.

As for statements relating to statistics on reserves and other set-asides, emissions from forestry and industry, importance for the Swedish economy, the status of biodiversity and much more, these can at best be described as misleading. Without going into each statement in detail, we would like to make a couple of remarks. Sweden’s forests have an annual net carbon uptake of 40 million tonnes, an effect of growth being greater than harvesting. More than 25 per cent of Swedish forest land is presently set aside and not used for forestry according to Sweden’s official statistics, partly in order to maintain and enhance biodiversity. And ploughing and the use of pesticides in the forest have been prohibited for decades. Generally speaking, a lot of the statistics in the film are based on data from long before modern-day Swedish national forest policy, which has equal objectives for the environment and production of timber. At the beginning of the 20th century, Sweden was a very different country to the one it is today – not least in terms of welfare.

Just like the environmental organisations, the Swedish forest industry is striving to influence political development in the direction that we deem to be most sustainable in the long term. We maintain ongoing, respectful dialogue with a variety of stakeholders, and share knowledge and science with decision-makers in Sweden and the EU. In the near future, the SFIF will be publishing a new report on the actual status of biodiversity in Sweden’s forests, and how we are working to maintain and enhance it. We will also be publishing a report that highlights how active management of the Swedish forests is best for the climate in both the short and long term. We hope and trust that these reports will contribute to a more balanced and evidence-based discussion about the forest.

Transitioning to a fossil free welfare society with long-term sustainable consumption is a matter of urgency. We need to dramatically reduce the use of oil, coal and other fossil and finite resources. At the same time, we must ensure that all EU citizens have fair opportunities to live and earn a livelihood in towns and cities, as well as villages. Part of this solution is to be found in productive forests and forest-based products. 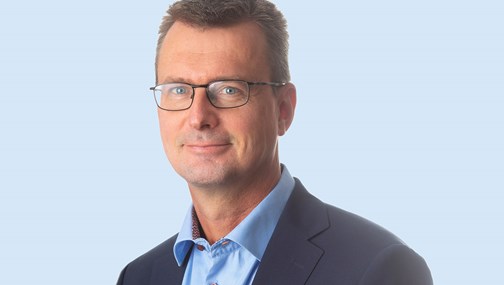