Debate: Time to clear up the confusion about the carbon balance of forests

Illustration: Simplified illustration of the carbon flow in a forest-based bioeconomy, compared with a fossil-based economy. Notice that with constant carbon stocks in forests and forest products, forests and forestry do not affect CO₂ levels in the atmosphere, and that forest products can replace fossil carbon and thereby reduce the flow of fossil carbon from bedrock into the atmosphere.

Many researchers and debaters don’t seem to know how the carbon balance of forests is calculated, and add carbon losses in retrospect. Losses due to forest harvesting are already included in the net calculations reported nationally and internationally! It’s time to figure out what’s right.

The prevailing confusion about the carbon balance in Swedish forests and the role that forestry plays have major political implications, according to Peter Högberg, Professor in Soil Science, Swedish University of Agricultural Sciences.

The carbon balance of forests is the balance between the CO₂ uptake by trees through photosynthesis, and the release of CO₂ into the atmosphere by trees through respiration and the breakdown of organic matter.

Harvesting obviously leads to carbon losses in forests, but the aim of the Swedish Forestry Act’s requirement for reforestation after harvest is to maintain both forest growth and timber stocks. As a result, all three – growth, harvesting and stocks – have increased in Swedish forests over the past 100 years.

There is a net increase of carbon in Swedish forest ecosystems - even as large quantities of wood is harvested. If the rate of respiration was higher than CO₂ uptake, or if too much forest raw material was harvested, the carbon stocks in Swedish forests would decrease. They would be a source of atmospheric CO₂.

The analysis is based on annual inventories of thousands of sample plots spread all over the country. The plots have been randomly selected. The National Forest Inventory has been compiling data for trees for 100 years, and the National Forest Soil Inventory has collected data for soil for 40 years. The data includes all forests: new clear-cuts, young and old forest.

The results are unanimous, the amount of carbon stored in forest trees has increased over the past 100 years, despite the high local loss of carbon after harvest. Carbon stocks in soil have also increased. In recent decades, net CO₂ uptake in trees and soil has corresponded to 1.5 tonnes of CO₂ per hectare (10,000 m²) and year.

Some critics choose to only focus subjectively on uncertain estimates of carbon losses immediately after harvest (i.e. a small percentage of the area) and ignore the fact that this is followed by a rapid build up of the carbon stocks in trees and soil in the new young forests. An objective analysis has to include all forests.

Claims that losses are forgotten or even covered up in UNFCCC reporting are based on a misunderstanding. You cannot count carbon loss from forests twice – first as carbon that is not included in stocks (forest) because the trees were harvested and removed, and then again as CO₂ from the breakdown of forest products outside the forest (such as solid-wood products, hygiene products and packaging). The measured change in stocks has already accounted for the amount of carbon removed.

If you look at the entire bioeconomy with production in the forests and the consumption of forest products, it is crucial that carbon stocks in Swedish forests do not decline. We can apply the law of conservation of mass in a chemical reaction to understand how carbon atoms move between forests, wood products and the atmosphere. If the quantity of carbon atoms in forests increases, the quantity distributed between wood products and CO₂ in the atmosphere decreases.

In terms of wood products, production has gradually increased. Despite the short life of some of these products, the total amount of carbon stored in all forest products at any given moment is considerable. The conclusion is that the growing carbon stocks in both forest ecosystems and forest products are reducing the amount of CO₂ in the atmosphere (see diagram).

Some debaters argue that an urgent moratorium on timber harvesting would be best for the climate. Forest products could be replaced by products based on fossil carbon, steel and cement, instead of vice versa. Steel production is energy-intensive and often uses fossil carbon. Cement production inevitably causes CO₂ emissions.

Consider that fossil carbon has taken tens to hundreds of million years to produce and we are already consuming fossil carbon much faster than it is produced. If we once again consider the law of conservation of mass, this differs from the bioeconomy in that carbon in the bedrock, where carbon stocks are being depleted faster than they are replenished, moves through products and is finally released net into the atmosphere as CO₂ (see diagram).

It is also said that biofuels release more carbon into the atmosphere than pure hydrocarbons. You may have to refuel more often (since pure hydrocarbons are more energy-dense), but fuel from the forest is still part of a system that stores more in the forest and removes CO₂ from the atmosphere. That certainly doesn’t apply to the use of mineral oil. Another argument is that biofuel production results in a lot of waste. That is not true, because wood raw material that cannot be used for anything more valuable is used for local energy production. Once again, this takes place within the framework of a system that removes CO₂ from the atmosphere.

The prevailing confusion about the carbon balance in Swedish forests and the role that forestry plays have major political implications and deserve a more sensible discussion. The research community needs to investigate what is correct in these contexts and why we believe it is correct.

This article was originally published in Swedish in the newspaper Västerbottens Kuriren. 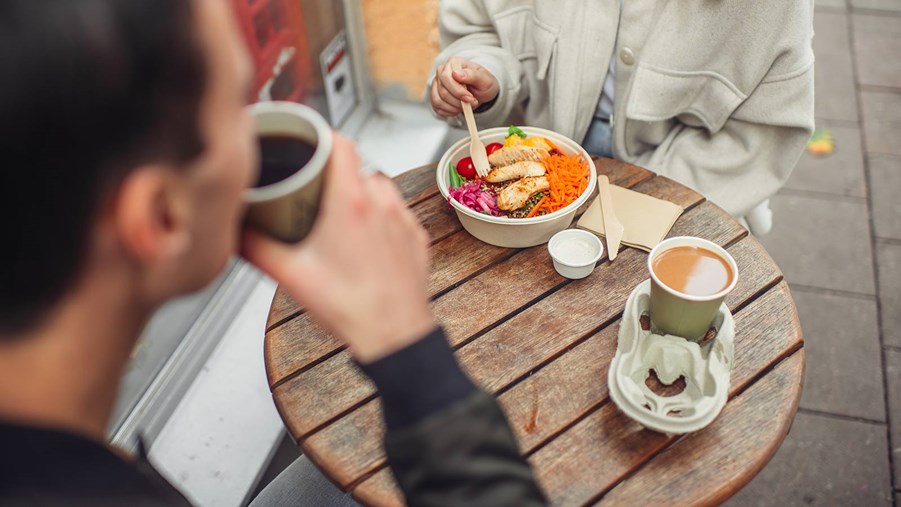 We can make a difference with a prosperous economy built on fossil-free materials by using renewable resources.

Here you will find the latest news in english from the Swedish Forest Industries Federation.