Why do you only erect wooden buildings?

“Well, obviously for the climate. Climate change is the biggest challenge facing the planet, and we have to immediately restrict the addition of carbon dioxide into the atmosphere. For us in Sweden, building more with wood should be natural as we have much of growing forest. By building from wood we make sure that the forest’s resources are used in a climate-smart way for a long time to come. We can now continue to store and sequester all the carbon dioxide that the trees absorbed while growing, in our buildings for future generations.”

In your ongoing cedarwood project, Cederhusen in Stockholm, you’re putting up four buildings of up to 13 floors, with 11 floors made from wood. How can wood carry that kind of weight?

“The bearing parts, so the carcass, of our buildings are comprised of cross-laminated timber, which is extremely rigid and durable despite being lightweight. The massive wooden boards are made by Setra and are around three by twelve metres. I like to describe the actual construction as a huge grown-up Lego set, where the large bearing boards are joined to become a strong, climate-smart structure.”

At the site where you’re building in Stockholm, wood is the only material that works. Tell us more!

“The cedar buildings are being built on a property that covers three tunnel roofs. This demands full control of the loads, which we can only achieve with massive wood in the frame as it weighs so little. Using a heavier material would never have allowed us to build so many floors and new homes.”

Wood, concrete or steel – does it really make that much difference?

“Yes, absolutely! The construction industry as a whole accounts for the largest part of Sweden’s collective carbon dioxide emissions. Compared to other sectors, such as healthcare and agriculture and how they’ve developed their methods over the past 50 years, we have a lot of catching up to do. Sixty to seventy per cent of total emissions from constructing a building come from the construction phase. And 60 per cent of those come from material production. Changing the frame from, say, concrete to wood immediately reduces CO2 emissions from material production by half. So, the choice of material and production are by far the most important factors.”

Is your choice of materials also significant to the people who buy the homes?

“Definitely! This is the first time that people can actually choose to buy an apartment built entirely of wood in central Stockholm – and the interest has been huge. In Sweden we spend almost 90 per cent of our time indoors, so naturally the indoor environment has a big impact on our well-being.”

Also a former lecturer at the Royal Institute of Technology/KTH.

Best thing about your job: “That the objectives are so relevant, and Folkhem has such a great opportunity to make a difference. Working with development and change calls for ongoing personal development as you are always catching up on knowledge – and that’s incredibly stimulating.”

Cederhusen in Hagastaden is Stockholm’s biggest massive wood project, creating 243 new homes ready for occupation in Q1 2022. Thanks to the low weight of wood, the buildings can be constructed on a property that covers three tunnel roofs. 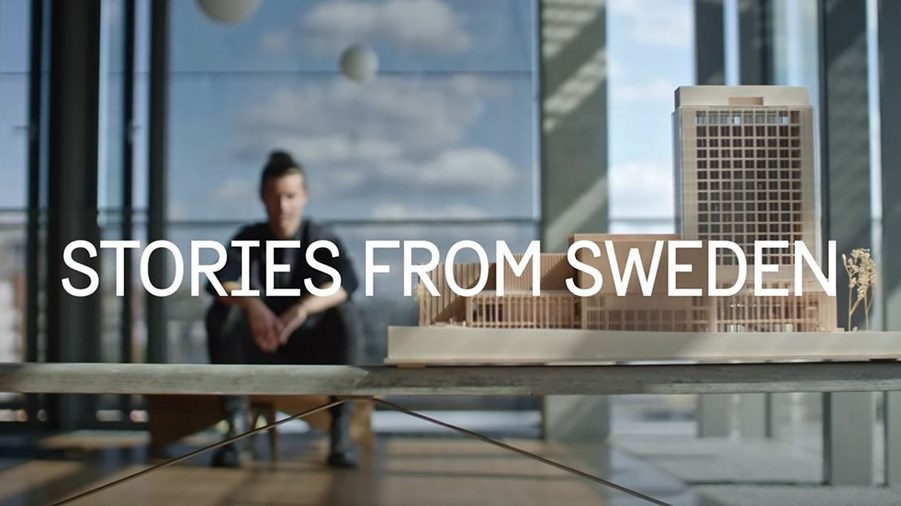 In the north of Sweden they are building a new culture centre. In timber and 20 storeys high, Sara Cultural Centre. Watch video here. 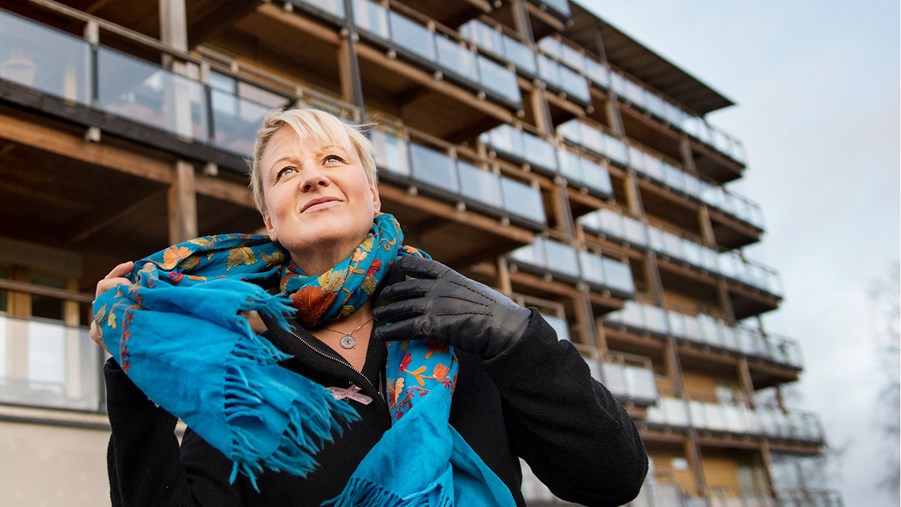 Timber buildings on the rise

67%. That’s how high the percentage of new wood-based construction in Växjö was in 2016. 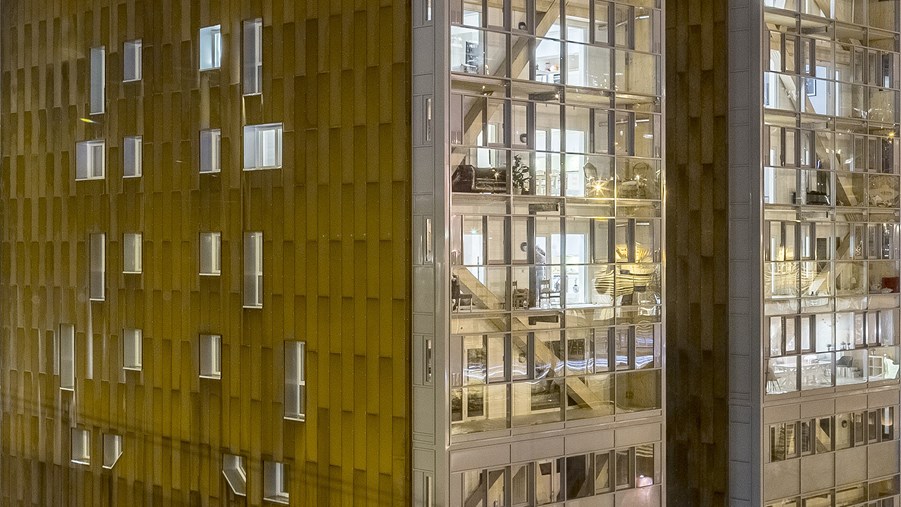 Wooden housing is suited for industrial production for many reasons. And it the only renewable building material.