Four ways to put the forest on the fork

With more mouths to feed worldwide we need to look into alternative food sources – enter the forest.

Xylitol is derived from deciduous trees and has been used as a sweetener in chewing gum and other foodstuffs for many years. Xylitol, said to prevent tooth decay, is also used in toothpaste. Did you know that the food flavouring vanillin is also derived from wood? And in addition to enhancing the flavour of food, cellulose can also be used as a natural stabiliser in yoghurt and sauces.

2. As a climate-smart fish food ingredient

Another avenue being explored is fish food. Fish farm stocks are usually fed with soy or fishmeal. But researchers have now found an alternative food source in the form of microorganisms from the forest industry. These tiny fungi feed on forest-waste streams, forming a protein that is filtered out, ground to a powder, and then used as a climate-smart fish food ingredient.

3. As a probotic from felling residues

A third project that is being explored is the development of healthful probiotics made from felling residues such as branches, tree tops and roots.

Omikenshi, a Japanese textile company, is using cloth-making technology to transform wood pulp into ... noodles. Omikenshi, based in Osaka, is turning indigestible cellulose mixed with konjac into fibre-rich flour, which the company calls "cell-eat". Konjac, also known as "Devil's Tongue", is a yam-like plant grown in Japan, and is used to make noodles, such as Shirataki noodles. 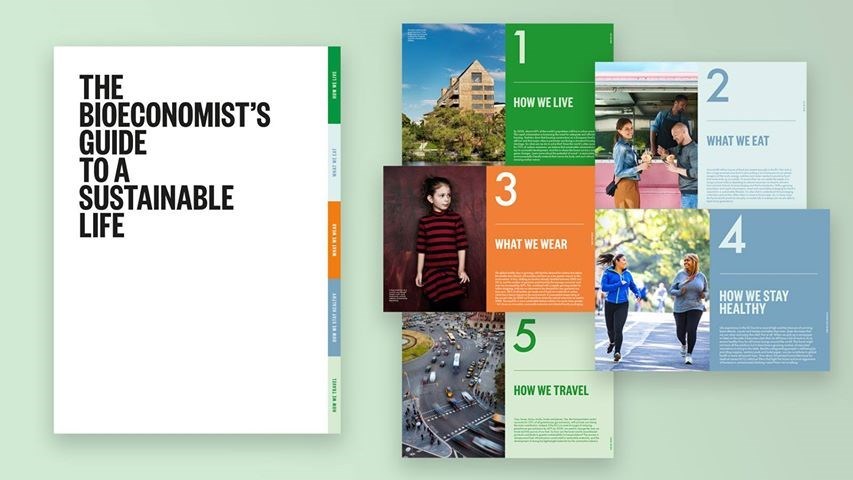 Get your own guide!

Order The Bioeconomist's guide to a sustainable life and see how bioeconomy is ever-present in your everyday life.