Sustainability is becoming increasingly important in the fashion industry

Discussions on sustainability and climate change usually revolve around air travel, road transport and meat consumption. It is much less common for clothes to come up in the conversation. However, the environmental impact of the fashion industry has been obvious for a long time - mostly due to a growing middle class.

Since the beginning of the 1960s, the global consumption of textiles has risen from about 15 million tons to more than 90 million tons, according to statistics from the United Nations Food and Agriculture Organization (UN FAO) and the International Cotton Advisory Committee (ICAC). Since 2010, the consumption curve has swung steeply upwards, in pace with the emergence of a global middle class with growing disposable income.

Surveys of clothing consumers show that many people are aware of the negative environmental impact of the fashion industry, but relatively few people act on it. One reason that has emerged is that the range of sustainable clothes offered is still limited.

"Swedish consumers generally place higher demands on companies today than in the past. But there is a big difference in companies' versus consumers' maturity when it comes to sustainability. More aware consumers ask questions about child labour and organic cotton, whereas companies have progressed further in their sustainability work and focus on innovation and the environment," says Pauline Ström Gunnér, Head of Sustainability at the Swedish Fashion Council. 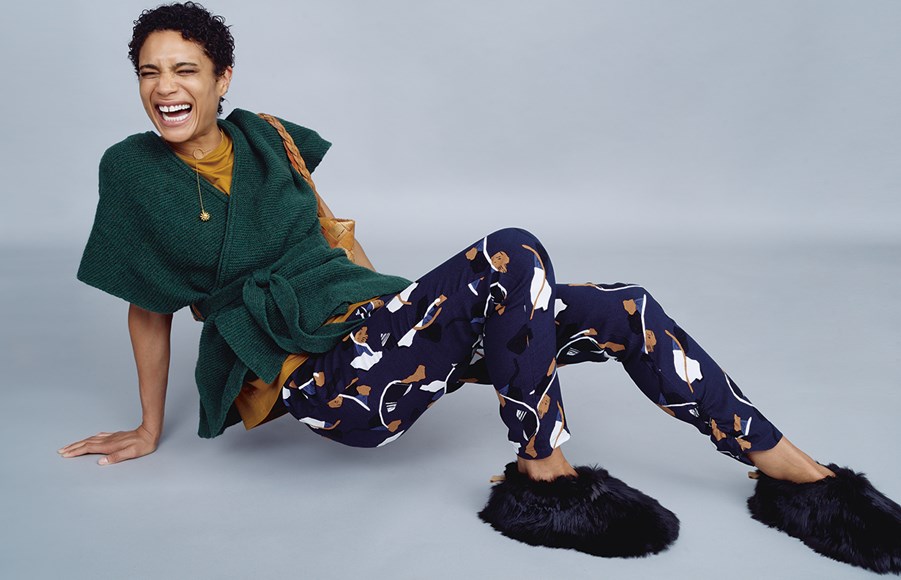 The model is wearing pants in viscose, top in lyocell and a cardigan in recycled wool blend.

Viscose a textile from the forest

The quest for new and more sustainable natural fibres has increased interest in forest-based raw materials from the fashion companies.

Viscose, the most common textile fibre from the forest, is produced from something called dissolving pulp, which is boiled and bleached to produce as pure a cellulose as possible. Aside from pulpwood, bamboo and cotton can also be used. Sweden is one of the larger exporters of dissolving pulp, along with Canada, Brazil and the giants, USA and South Africa.

"Demand is increasing by 7 – 8 percent a year," says Lars Winter, CEO at Domsjö factories which is one of Sweden's two large producers of dissolving pulp. The other is Södra.

Massproduction with low attention to the environment

China is the largest importing country and also the world's largest viscose producer. The viscose process was invented as early as the end of the nineteenth century and its use of chemicals can be harmful to the environment, unless production takes place in closed processes, such as those used by large producers like Austrian company Lenzing.

"A big part of the problem with all textile production, regardless of raw material, is that mass production takes place in countries with vulnerable economies, less restrictive chemical legislation and often non-existent waste management systems and treatment plants, both in terms of the fabric and the clothes," says Cecilia Tall.

The characteristics of cellulose fibres also offer other opportunities for the forest industry to contribute to a circular fashion economy. In the project Circular Design Speeds, that is part of Mistra Future Fashion's programme, Filippa K is collaborating with researchers from University of the Arts in London in a project that attacks the sustainability problem by examining and redefining the different speeds of fashion. The possibilities of paper textiles, garments produced with a short life span in mind, are being examined in the context of fast fashion.

Within the framework of the project, for example, the participants have developed a material based on unbleached wood pulp that has been created using natural colouring, laser coating and ultrasound cutting in a process with very low energy consumption and low use of chemicals. The finished garments have a short life span and can be recycled or composted after use. In the long term, this could be an alternative for specific uses of clothing, such as party tops that are used only a few times - sustainable speed-production for sustainable speed-consumption. Filippa K's role involves researching how the garments will be designed and marketed. Results of the project will be presented in November.

So, there appears to be a lot happening within research and innovation. But how do things look in terms of the ambitions and demand from the fashion companies? If we look at the large Swedish chain stores, such as Kappahl, Lindex and H&M, all of them have set high sustainability goals for their businesses. All of them are working strategically with the long-term ambition to create a circular system.

For example, at Kappahl, all cotton is to be either sustainably produced or recycled by 2020. Lindex has set a target for 80 per cent of all garments to be produced from more sustainable fibres by 2020, and H&M is focusing on making all materials either sustainable or recyclable by 2030. Already today, some 35 per cent of the material in H&M's production comes from organic raw materials or is recycled. All three companies are increasingly using the materials lyocell and viscose. 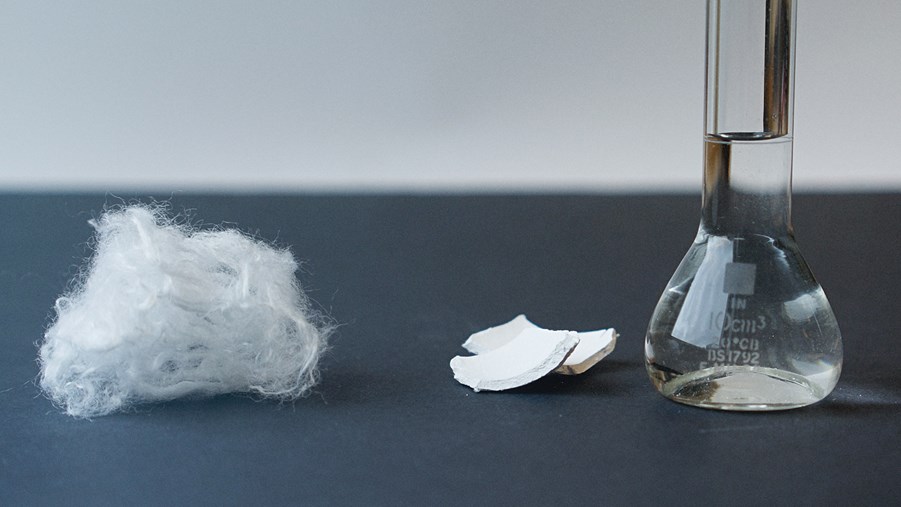 There are several development projects to meet the demand for more environmentally friendly fibres. 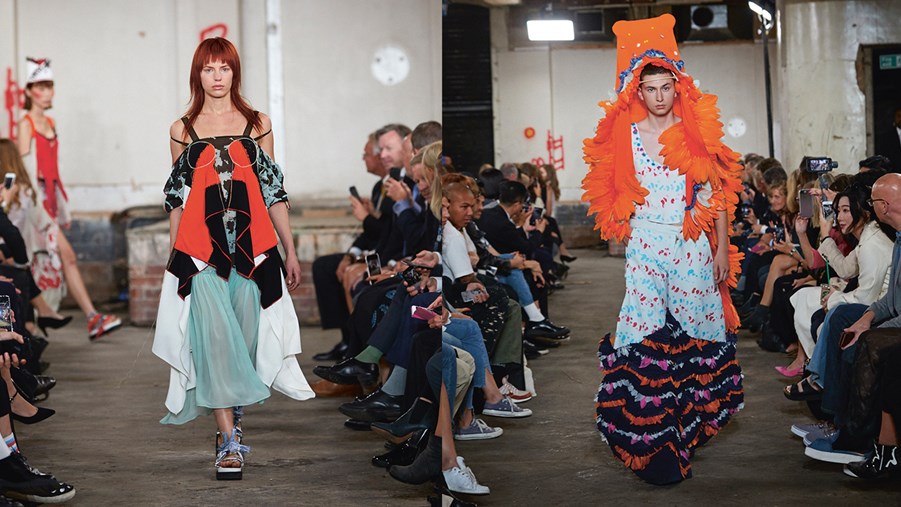 A focus on viscose at the London Fashion Week 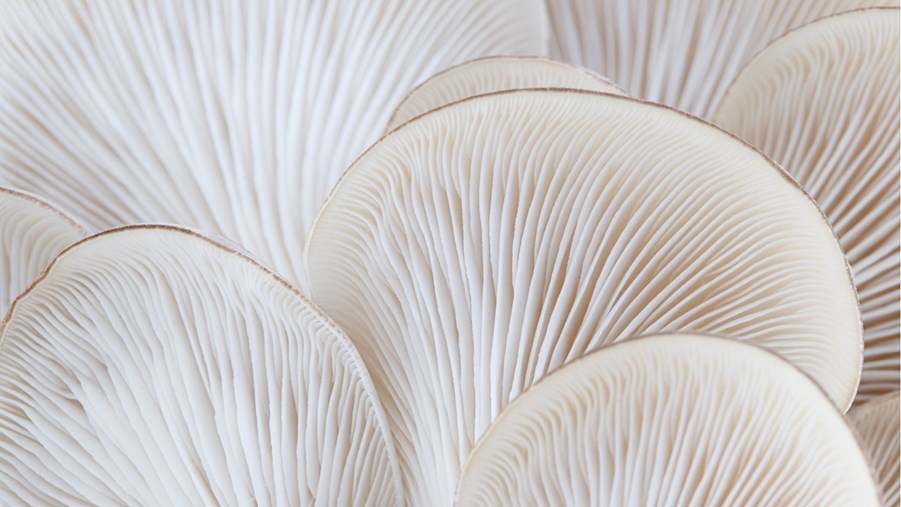 Fiber from the plant kingdom does not end with trees - fibers are extracted from algae, fungal tissue and agricultural waste. 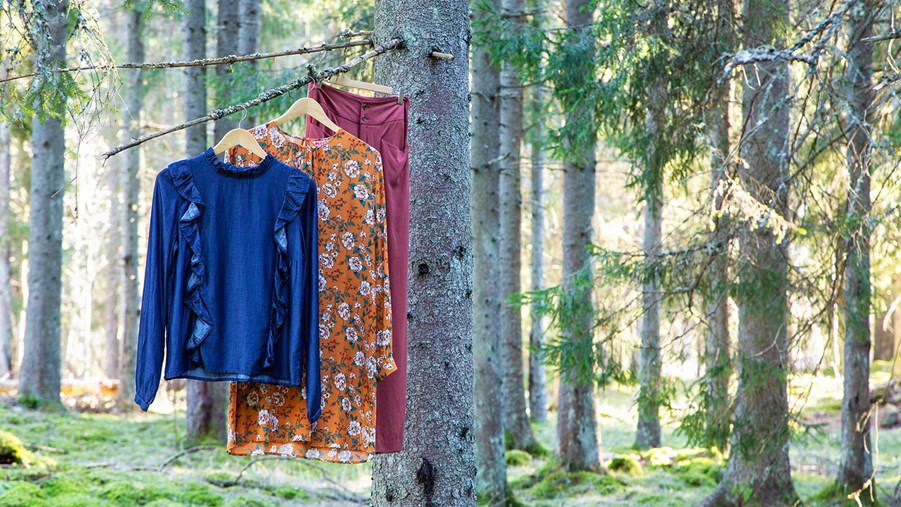 The demand for clothes will escalate and have an even greater impact on the environment. Wood based fibers can be a part of the sollution. 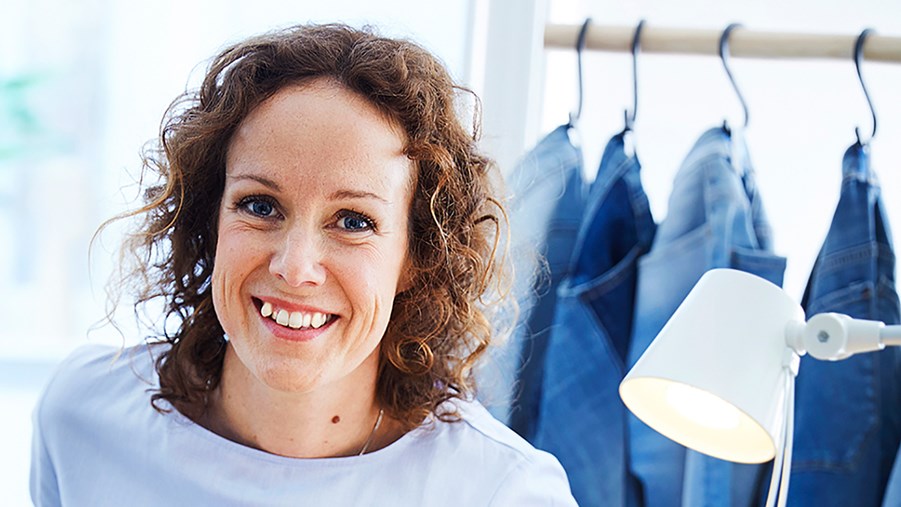 "A common preconception is that economic goals do not go hand in hand with sustainability." 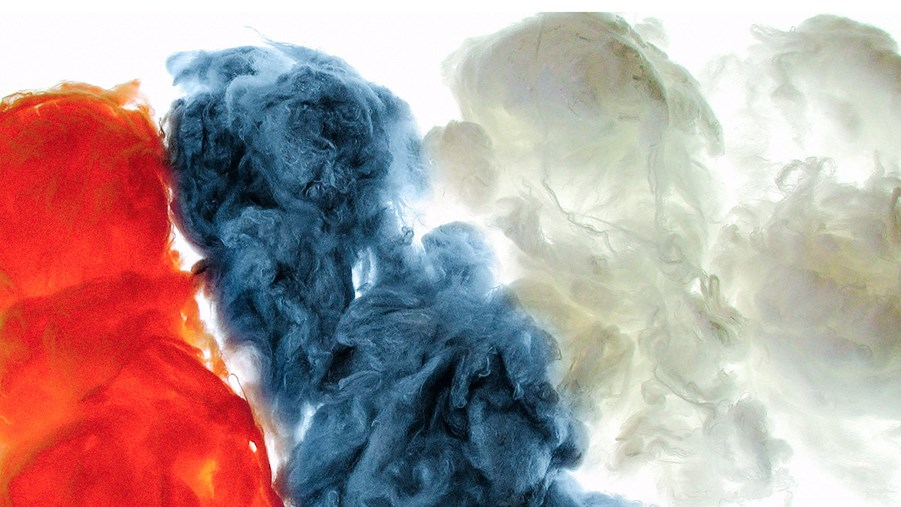