Stable conditions for the diversity of our European forests

The conditions for biodiversity in Europe are stable, and have improved over time, according to a report from the European Research Institute EFI. Continued positive development requires a greater diversity of management methods and strategies. "And an economic system that stimulates it," says Elizabeth Pötzelsberger, lead author of the report.

The European Forest Institute conducts research and provides policy support on forest-related issues. In June 2021, the institute released the policy brief “Forest biodiversity in the spotlight - what drives change”. The report looked at key issues regarding forest biodiversity in Europe such as the status, the key factors for affecting it and how forestry can ensure the conservation and restoration of forest biodiversity.

Elisabeth Pötzelsberger is the main author of the report. She is an ecologist and natural resources manager with a doctorate in forest science. She started working at EFI because she wanted to take research closer to practice and decision-making. Providing science for society’s big questions of today, and communicating it in the right places, are great driving forces for her.

The introductory parts of the report address the long-term human impact on the environment. Humans have been influencing the European landscape for thousands of years, and forests are no exception. The distribution, content and appearance of forests have changed over time and the area of primary and old-growth forests in Europe has decreased to about 3 percent.

The EFI report shows stable or even improved conditions for the functional diversity in our European forests. The forest bird population is overall stable, the diversity of dead wood and tree species has increased. Also the forest area in Europe is increasing. For rare and endemic species, however, the situation remains uncertain, which may be due to the application of overly homogeneous management methods in large areas.

"Homogenization is not good for biodiversity, therefore we need greater flexibility, a broader diversity of management methods and approaches and an economic system incentivising that," says Elizabeth Pötzelsberger.

She also would like to draw more attention to all the forest owners and others who work with the European forests on a daily basis and who appreciate the responsibility they carry to pass on healthy forests to the next generations.

"There is such a wealth in different approaches and experiences," Elizabeth Pötzelsberger says, emphasising that one and the same solution can never work to optimize the forest’s biological diversity everywhere.

"Exchange of knowledge, experience and research within Europe are key factors for improving biodiversity in Europe’s forests," she says.

Forest owners are the key stakeholders for the restoration and conservation of forest biodiversity. EFI therefor see it as a crucial question what intrinsic motivation diverse European forest owners have themselves to fully consider biodiversity conservation beyond the kind of biodiversity required for a healthy production forest.

For that reason, the EFI report addresses the importance of frameworks and financial incentives for fair payment for the products that the forest delivers. Remuneration that also covers the costs of the diversity promotion measures taken during production is important.

EFI means it is possible to improve the forest ecosystems by, among other things, facilitating sustainable investments. If the investments are partly financed with money that comes from within the forestry activities, from the forest owners themselves, then it should be rewarded further, it is proposed.

"Incentives to encourage forest owners to be proactive in enhancing forest biodiversity can be developed via Payments for environmental services (PES)," says Elizabeth Pötzelsberger.

The report also discusses so calles “Biodiversity offsets” accept losses of biodiversity in a place of (high-value) economic development, but provide resources for compensatory biodiversity conservation and restoration in other sites. “Green bonds” is another tool for investors to pay for front loaded forest management actions, which environmental service beneficiaries will pay back only later.

Future assessment methods are also mentioned as an important part of the development of the European forest. If forests’ biodiversity is to be improved jointly, the Union must work to develop measurable, simple, economically feasible and reliable systems for researching and developing forest biodiversity.

Last but not least EFI points to climate change as the most important factor for the conservation of biodiversity in Europe’s forests. Climate change is one of the biggest current and future threats to forest biodiversity. It impacts directly on species as well as their habitats. Climate change favours species with particular traits (e.g. favouring light-coloured insects), whereas other species may be reduced in their abundance or even die out, at least locally.

"We must stop the climate change that is really putting our ecosystems under enormous pressure right now," says Elizabeth Pötzelsberger, and is jeopardizing the survival not only of single species but entire species communities.

The report from European Forest Institute: 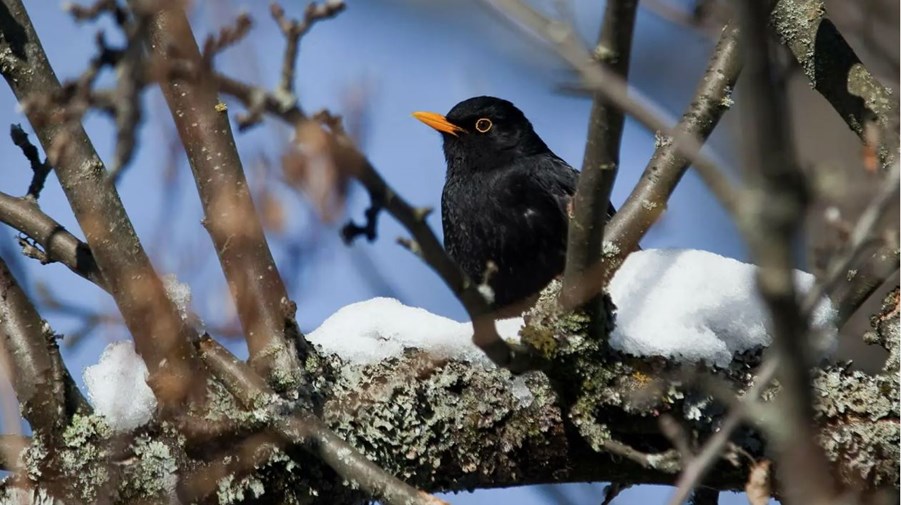 Q&A about the Swedish forestry and biodiversity