World forests currently cover just over 30% of all land area. What has the development of forest area been like in modern times and what does the forecast look like for the future? Which sources can be trusted when estimating forest area? What have been the global effects of the development of forest area until now and what may be the consequences of how the world is moving forward? Researcher Hans Verkerk and the expert Peter Holmgren, who have specialist knowledge in this field, express their views on the matter.

At the moment, there are around 4 billion hectares of forest in the world, ranging from pristine natural forests to intensively managed forest plantations, which are distributed around the world as follows: 25% in Europe (including Russia), 21% in South America, 19% in North and Central America, 16% in Africa, 15% in Asia and 4% in Oceania. Five countries together have more than half of the world's forest area: Russia, Brazil, Canada, the US and China.

The general consensus has been that global forest areas have decreased over the last few decades, but a recent scientific publication suggests that this is not the case, according to Hans Verkerk, Principal Scientist in the field of smart forestry at the European Forest Institute (EFI), an international organisation conducting research and providing policy support on forest-related issues.

"By using satellite images, the scientists show that global forest cover increased between 1982 and 2016. The forest area in the tropics decreased, but this has been compensated for by the gain in forest cover outside the tropical area."

According to Verkerk, boreal and subtropical forest areas have been fairly stable over recent decades. [ed.: Boreal forest refers to the forest system extending from Siberia in the east to the Norwegian coast, and westward via northernmost Scotland through North America to the Pacific Ocean.] Forests have been expanding in Europe, Russia, North America, the Caribbean and East and West Central Asia, while they are shrinking in Central America, South America and South and Southeast Asia, as well as in Africa.

"It is important to realize that despite an increase in forest area in for example Europe, as a result of active afforestation and abandonment of agricultural areas, there is also deforestation due to expansion of urban areas."

"Over the last few decades, we have had a lot of deforestation around the world, a shift from forestry to agriculture. But there has also been an opposing trend which has seen overgrown farmland, as people have left rural areas and moved to cities. In China, for example, large-scale programmes for active afforestation are being implemented. We hear about deforestation mostly from the tropics, but overall, the area is essentially balanced and its changes are also quite small in relation to the total area."

Future forests slightly on the rise

As for the future of the world's forests, there are many studies indicating the need to expand forest areas, as they are important natural solutions to curb climate change.

"Through increased global afforestation, growing trees can absorb more carbon dioxide from the atmosphere and store it. In order to create more forest worldwide, an important strategy besides the establishment of new forests would be to stop deforestation," says Verkerk.

Holmgren believes that there is a strong political will to reduce deforestation, but are these perhaps thwarted by an increased need for farmland to produce food for a growing world population?

"No, food production in the long run will not lead to a lot more deforestation. Issues with the food supply do not have to do with the production of food itself, but relate mostly to losses in the production chain and the distribution of wealth around the world. Arable lands may even decrease, as continued urbanisation means that more and more marginal farms are closed down. Although agriculture produces much more than food, we can expect a continuous small increase in the world's total forest area. At the same time, local deforestation for commercial agriculture will continue in some areas, such as in Amazonia."

Some caution with satellite images

On a global level, the Forest Resources Assessment of FAO, the UN's food and agriculture organisation, is one of the most important sources of international forest data. It is based on official data from every country. Holmgren points out that statistics can be poor in some cases, as the quality of the figures varies. Other types of international sources to estimate forest area can be, for example, the Global Forest Watch, sponsored by the World Resources Institute, which uses satellite images to study forest trends.

"Images capture rapid changes, such as the felling of trees. However, the slower regrowth of trees is not visible. The focus is on what is taken away and what is yet to come is often missed. Satellite images have become popular as they are easy to communicate, but it is important to use the results with caution," says Holmgren.

Regional impact above all

Holmgren believes that the effects that the development of global forest area has experienced so far have made an impact primarily at the regional level.

"Deforestation has more than anything a regional impact, such as on the Amazon rainfall system or leading to reduced biodiversity and poorer water quality in many rivers. These effects are obviously serious. At a global level, the development of forest area has not had such great effects if one considers the total climate impact, which is in line with IPCC reports showing a certain increase in carbon stock worldwide." 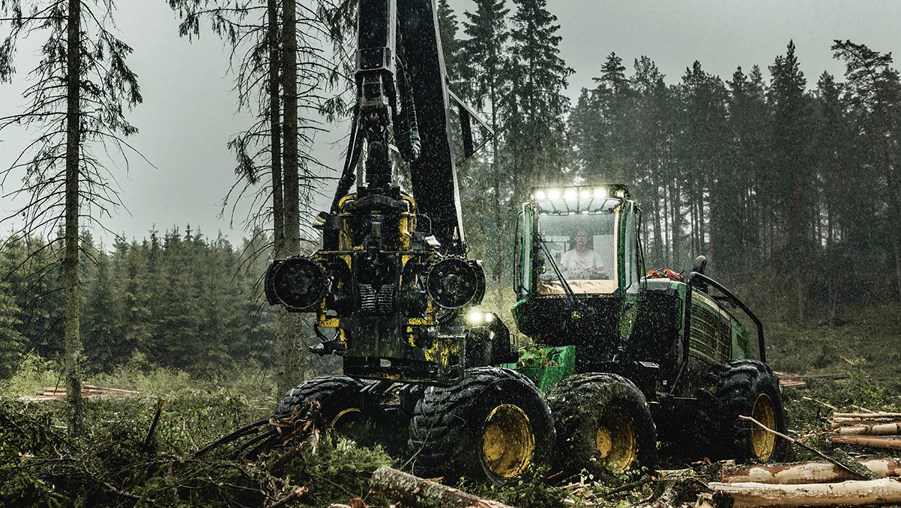