Bioenergy from the forest, part of the climate solution - Swedish Forest Industries Federation

Bioenergy is facing tough criticism at the moment, despite sustainable bioenergy playing an important role in the green transition. “Lumping all biofuels together ignores the science, as their climate impact varies,” says Mikael Karlsson, associate professor of environmental science and climate change leadership.

In a circular bioeconomy, waste products from society and industry become a raw bioenergy source for electrical and thermal energy generation and vehicle fuels. Over the past few decades, Sweden has cut its emissions of carbon dioxide, while at the same time increasing the proportion of renewable energy, with bioenergy currently accounting for around 20 percent of Sweden’s total energy use.

The climate benefits of bioenergy have recently been called into question, despite the scientific consensus that bioenergy – produced and used sustainably – is absolutely part of the climate solution.

An argument often heard in the debate about bioenergy is that Europe’s northern forest stores large amounts of carbon, and to sequester more carbon, some commentators assert that more trees should be left in the forest for longer.

The use of forest biomass has certainly increased over the past 100 years, but so has the storage of carbon in biomass and soil.

“This is due in part to greater growth in the forest through active forest management,” says the Swedish Forest Industries’ bioenergy expert Mårten Larsson. “Annual carbon losses through forest harvesting and the trees’ natural emissions have also been less than the absorption of carbon from the atmosphere.”

The climate impact of biofuels varies

However, not all bioenergy is sustainable, and this is perhaps why the debate sometimes gets clouded and feels impenetrable. Is it not better to drop the whole thing then, if some bioenergy production comes with risks? We can all agree that the climate threat is imminent. There is no time to waste, as shown not least by the IPCC’s Sixth Assessment Report on climate change, which was published in the summer.

“But lumping all biofuels together ignores the science, as their climate impact varies. Of course, carbon dioxide is released when you burn biomass, but the scale varies considerably,” says Mikael Karlsson, associate professor of environmental science and climate change leadership at Uppsala University.

“You have to examine all this from the right system perspective. There is a major difference between biomass from oil palms in South-East Asia and waste products from the forest in Sweden. The Swedish systems are good in terms of the climate and we also replant forests here. The substitution effect that arises when forest-based products replace products with a higher climate impact, also contribute significantly to the climate benefit of bioenergy from the forest,” adds Mikael.

In Sweden, the Environmental Protection Agency, the Energy Agency, the Forest Agency and the Board of Agriculture all agree that Sweden and many other countries have good opportunities to increase the supply of sustainably produced bioenergy, with the forest industry playing a significant role.

“If we say no to forest-based bioenergy, more treetops and branches will be left in the forest and exhausted newsprint fibres will be sent to landfill. What’s more, it will generate just as much carbon dioxide as using this waste for bioenergy.”

And Mikael Karlsson sees little chance of us giving up newspapers, toilet paper and cartons for milk and eggs.

“Eradicating the demand for heating is also wishful thinking, although, of course, we need to achieve efficiencies and savings across all systems.”

Mikael believes that the systems for bio-based thermal energy that we have built up, and created an infrastructure for, will remain in use for a long time to come.

“I can’t imagine that we will go back to heating homes with electricity in the foreseeable future – that seems like a non-starter. So surely it’s better to link the capture and storage of carbon dioxide to bioenergy, using current technology.”

Mikael Karlsson is not satisfied with the way Swedish forestry is run and has many times demanded additional measures to safeguard biological diversity.

“Nature conservation in the forest still leaves a lot to be desired. But once we have protected diversity, the forest is a renewable resource that we should use. There’s no doubt about it. We need to build more in wood, and that is going to generate more combustible waste products, from construction and other kinds of production. Not making use of those resources would make no sense whatsoever.” 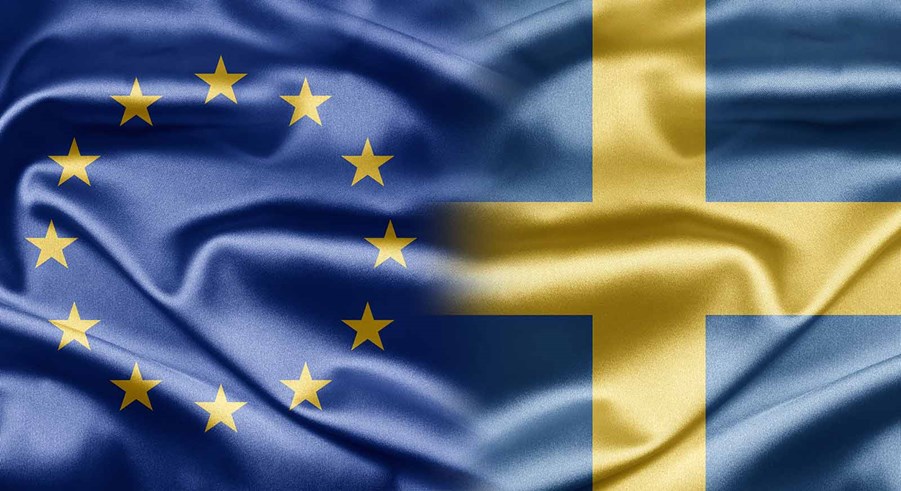 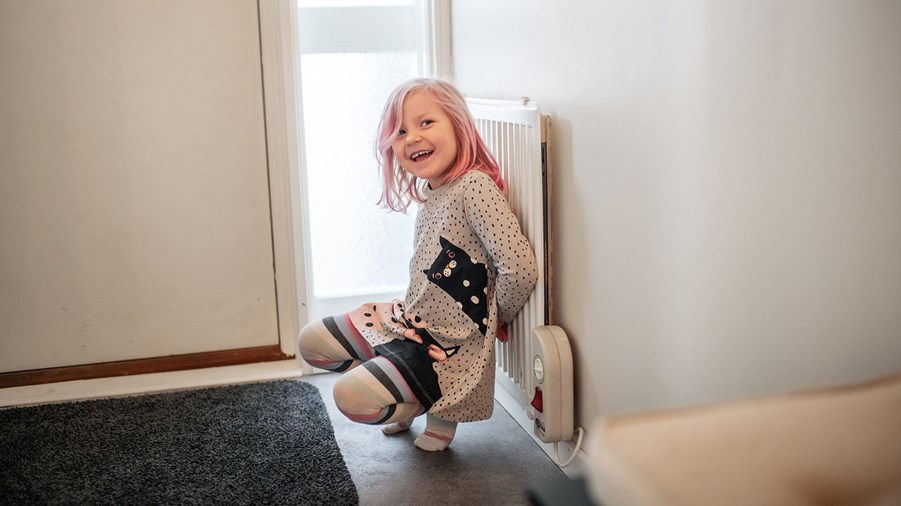 “We are clear – sawtimber that can store carbon for a century has no place in our furnaces.", explains Sweden’s leading bio-energy supplier. 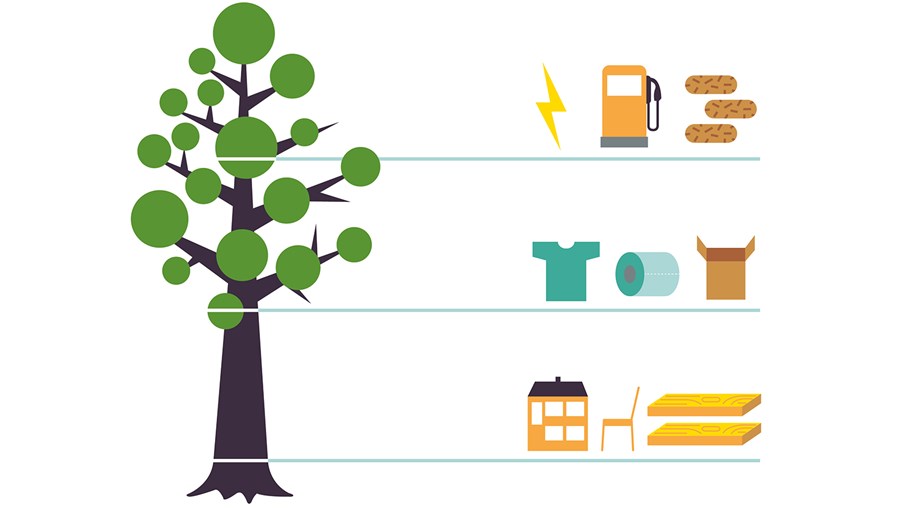 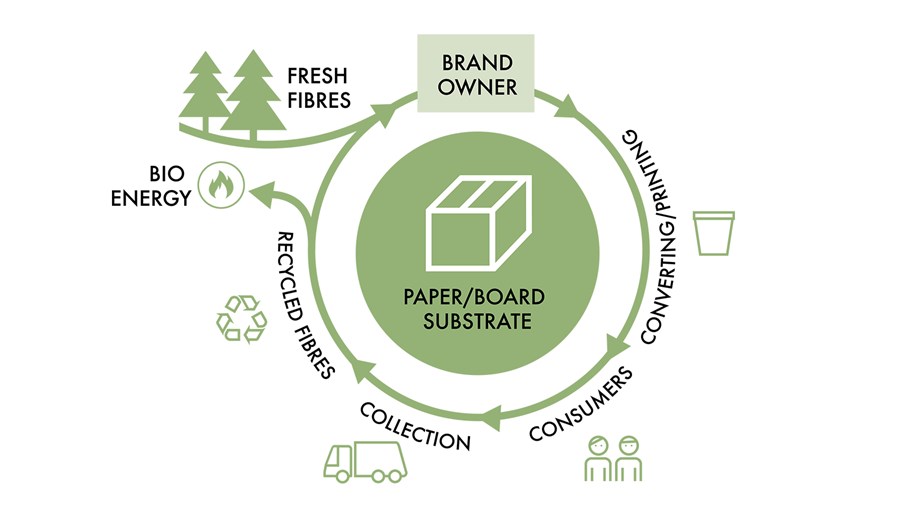 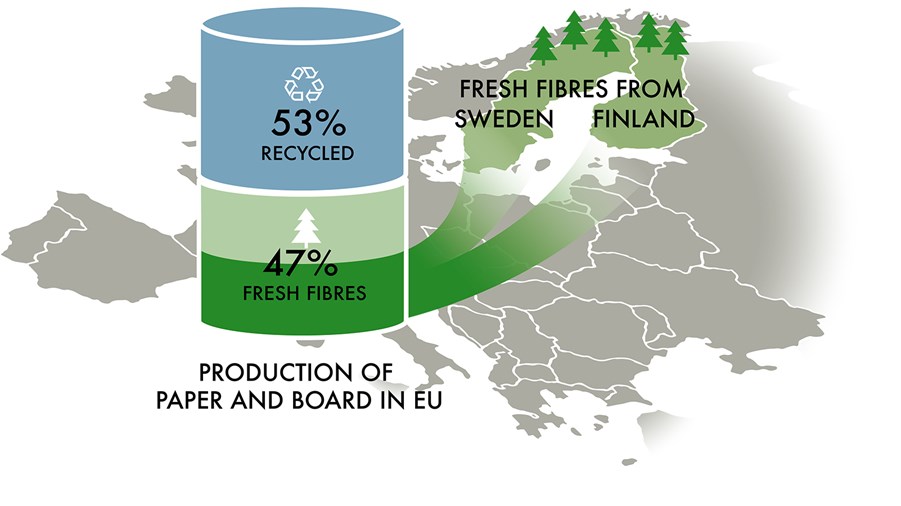